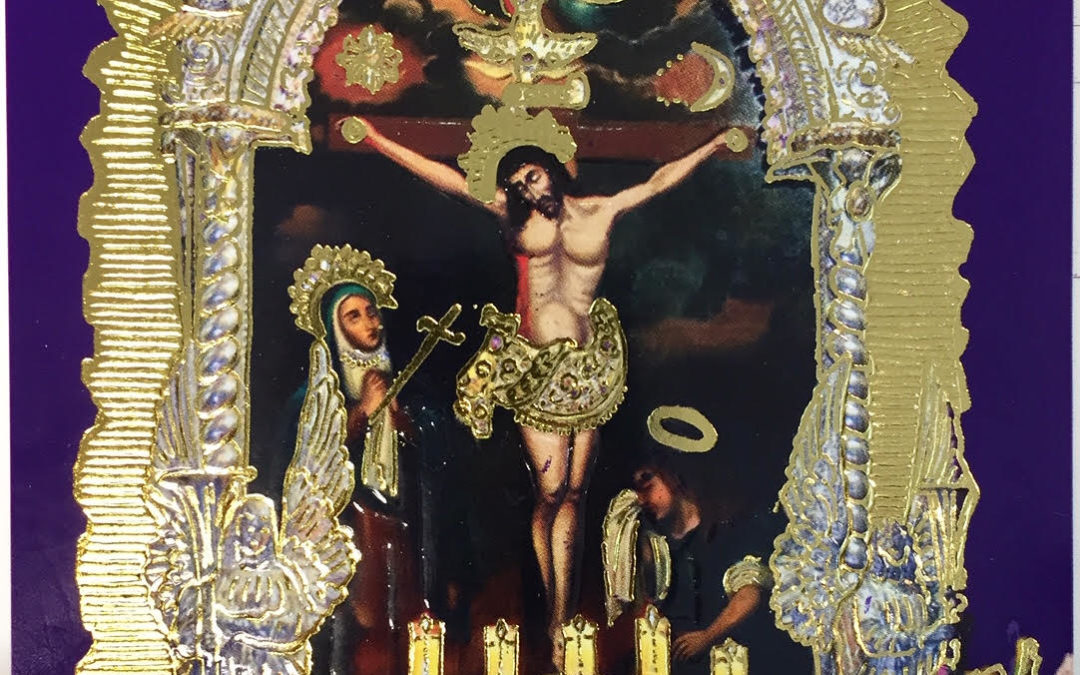 The Lord of Miracles (in Spanish: Señor de los Milagros), also known as “Christ of Miracles”, is a painted image of Christ that is venerated in Lima, Peru. The image was painted during the 17th century by an unnamed African, taken from what is now Angola to Peru, as a slave. Its feast is the main Roman Catholic celebration in Peru, and one of the largest processions in the world.

Christ is shown enduring the pain of crucifixion. Above the cross is the Holy Spirit and God the Father. Below and to the right of Jesus is his mother, the Virgin Mary with her heart pierced by a metaphorical sword of sorrow. Kneeling and weeping at the foot of the cross is St. Mary Magdalene.

Its name originated in the 18th century during an earthquake which destroyed most of the city, leaving only that mural standing. This is considered a miraculous occurrence by many living there.

Every year in October, hundreds of thousands of devotees from all races and economic backgrounds participate in a religious procession honoring the image through the streets of Lima. Boulevards are decorated in purple on October 18, 19, and 28 to celebrate the Lord of Miracles.

Additionally, it is celebrated across the globe.

On 27 October 2019, it will be celebrated at Church of the Redeemer, beginning at 1 PM. All are invited!