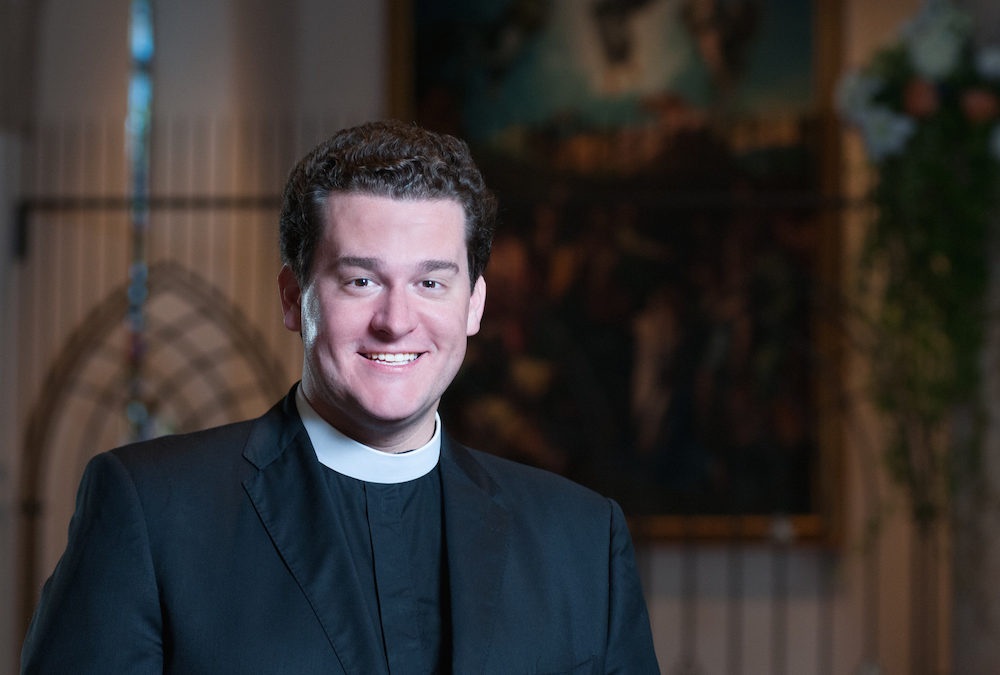 I need to talk about a specific prayer and how understanding that prayer can cause an about-face – a “total eclipse of the heart” (Bonnie Taylor) – a real reversal – a genuine “aha moment” that can change your life – can change my life.

And all of this has to do with what we prayed in the collect appointed today, which, by the way, is a sixteenth century prayer written by Archbishop Thomas Cranmer for the first Book of Common Prayer.

Here we go; the collect goes like this: “Lord, we pray that your grace may always precede and follow us, that we may continually be given to good works; through Jesus Christ our Lord, who lives and reigns with you and the Holy Spirit, one God, now and forever.”

The question that secretly drives every human being crazy is this: at the end of the day—when all the pieces have to go back in the monopoly box of life—was I somebody?

In the episode of the “Danny Thomas Show” that was basically the pilot episode of The Andy Griffith Show, Sheriff Andy Taylor pulls over a speeder coming through Mayberry. The speeder begrudgingly hands his license over to Andy, saying, “You’ll kindly take a look at my name. You’ll discover that I’m somebody.” Andy takes a quick look at the license and says, “Well, you know, I knew that the minute I laid eyes on you. Yessir, I’ve never seen a car yet that wasn’t being driven by somebody.”

And you don’t need to be a middle-aged speeder to worry about being somebody. Our seventh-grade son, Gus, loves all things involving sports all the time, but he also finds himself in confirmation classes with Fr. Chris (which he says he likes, by the way). And part of confirmation preparation is finding a sponsor – someone to present each candidate to the bishop. Malacy and I have been asking (okay, nagging) Gus about getting a sponsor for weeks.

Finally, last week, he came in the den – after watching “Sports Center” on ESPN – and he said, “Mom, Dad, I’ve thought more about a confirmation sponsor.” And we said, “Finally! Tell us.” He said, “What about Adidas?” (Nevin Thomas, I am sorry to tell you that you were Gus’s second choice).

Canon Ashley Null is a historian, priest, and Olympic Chaplain, and in his latest book, Performance Identity, he writes these words:

When you are gifted at something, it’s so easy to get your sense of well-being from how others respond to your giftedness. Is your “personhood” a project that you work away at—or is it a settled gift from God?

That question – “is your personhood a settled gift from God” – is what the collect today is all about. What it’s all about is nothing less than rightly, or wrongly, understanding the relationship between grace and performance – in other words, having, or missing, life’s greatest “aha moment.”

Now, if you’re thinking “this has nothing to do with me?” I say this has everything to do with everybody, because exactly 96.4 percent of the tension of life is about exactly these things: performance, execution, and becoming somebody. In other words, “how.” How do I measure up?

And by the way, the world, the flesh and the Devil – and most of what is passed along as so-called intellectual opinion on the internet, in magazines, and books – is absolutely nothing more than sour suggestion for a secular age. It was the twentieth century French poet Paul Valery who once said, “Opinions are the products of intellectual flatulence. They relieve the person giving vent to them but pollute the…air for others.”

The gospel is not opinion. The gospel is life-giving truth, and the truth is this: in God’s eyes, our beloved-ness, our preciousness, is settled once and for all in and through grace – by the underserved, unmerited – yet constant love of God – given freely to unworthy sinners for life and salvation.

The late Father Alan Whittemore, who was a priest and Anglican monk, is still convincing a hundred years later. In Joy in Holiness, he asks:

Do you see what a difference it makes to believe the truth about Jesus? It makes all the difference in the world. If you think of Him as just one man among many, and nothing more – if you think of Him, in other words, as you might think of Lincoln or St. Francis or Socrates, the thought leads to dependence upon self. “He did it: why not I?” If you know the truth, it leads to that blessed dependence upon your Saviour which is the essence of Christian living and Christian joy.

The “churchy” way of saying it is this; good works are the results of grace, not the prerequisite. Null again is helpful. In his earlier book, Thomas Cranmer’s Doctrine of Repentance: he explains, “Grace is given not because we have done good things, but so that we may be able to do them.”

Do you realize how many people out there – even how many Christians – live their lives under the intolerable pressure to measure up – who are stuck trying to engineer some path to becoming a better person – to become somebody – so that God and others will finally take note? There’s a phrase for that kind of existence. It’s called “hell on earth.”

Some of you know that being a mature, responsible scholar is not exactly how my first semester in college would accurately be described. In fact, I never went to class – not one single time – and the school had the audacity to ask me not to return for the second semester. When my parents found out, they cut me off that very day, cancelled the credit card, and said good luck. With an overdrawn checking account, no beer money, and almost an empty tank of gas, I went all over town asking my “friends” for money. Nobody wanted to take me on; I was perceived as a lost cause.

When I got back home to the condo I was living in, there was a message on the answering machine. Zoe Cassimus left a message inviting me to dinner with her husband, Marcus, and their son, John.

When I knocked on the door, John met me and said, “Chuck (he called me Chuck), come in and here and sit down. We need to talk.” I thought “Well, here comes another lecture.” We went in the sunroom, and Zoe was sitting in there, too. John said, “Charleston, tomorrow morning, you need to be at Zoe’s Restaurant downtown, and you’ll get right to work in the kitchen breaking up feta cheese and prepping the line. And don’t worry about a thing.” Then Zoe said, “Let’s eat.”

What I discovered that night is that my relationship with them was secure no matter my performance. And it changed my life. They were the grace that preceded and grace that followed, because I sure didn’t have any good works to flaunt.

To this very day, Zoe, Marcus, and John still write and call to encourage me, and they have never – never once – mentioned my failings of many years ago. The great irony of unconditional love is that it alone produces the very good works that all the rules of life demand but cannot supply.

Enough about me. Do you remember Johnny Nash? He died on Tuesday, although his death was overshadowed by Eddie Van Halen’s (Eddie had a place in Sarasota years ago!). Today, last word is from Johnny Nash, but through the prism of Cranmer’s collect and from a refreshed understanding of grace and performance:

I can see clearly now the rain is gone

I can see all obstacles in my way

Gone are the dark clouds that had me blind

It’s gonna be a bright (bright)