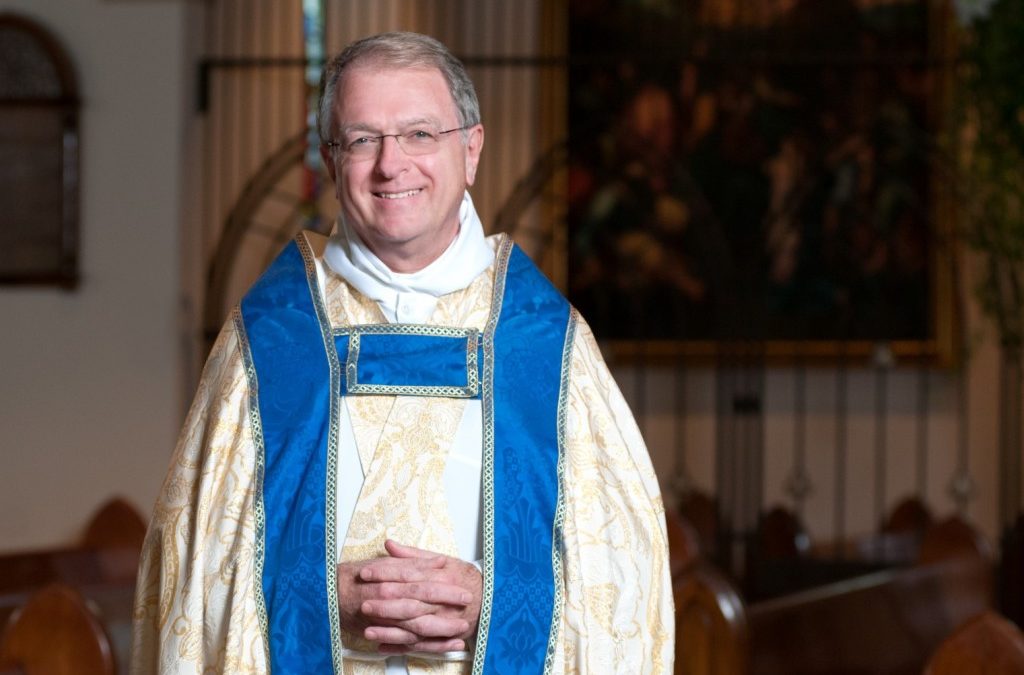 What is a hero?  The dictionary defines a hero as a person who, in the opinion of others, has special achievements, abilities, or personal qualities and is regarded as a role model or ideal.

This is the Sunday after All Saints’ Day.  The saints are the heroes of the Christian faith.  In celebrating this particular feast day, we start with the first 300 years of the Church’s existence.  During the time when the books of the New Testament were being written up until AD 313, it was illegal to be a Christian in the Roman Empire, and if you were a Christian it meant that you might be arrested and put in prison and even executed for your faith.  The first 300 years of the Church were years when countless numbers of Christians were martyred for their faith.  In fact, of the original 12 disciples, minus Judas, plus his replacement Matthias, tradition has it that 11 of them were martyred.  Only John was spared martyrdom, dying of old age in Ephesus.

You were literally putting your life on the line when you became a Christian in those days.  Today we talk about total commitment to Christ, accepting him as Lord of our lives, but we don’t live every day with the thought that being a Christian might mean a violent, painful, premature ending of our life simply because we profess Christ.

Christian communities throughout the Roman Empire customarily remembered martyrs on the anniversaries of their deaths, holding them up as examples for the whole Christian community.  Because Christians believed that a martyr’s death meant that a person would go immediately to the very throne of God, the intercession of these martyrs was invoked as well.  In the reading from Revelation, St. John refers to the martyrs as “the great multitude which no man could number.”  “These are the ones who have come out of the great tribulation; they have washed their robes and made them white in the blood of the Lamb.”

300 years of persecution meant that there were countless martyrdoms, and so the calendar became completely full of feast days, and even then, there were many martyrs who were not remembered.  So, in the fourth century a day was set aside to honor all martyrs of the faith, and that day was called the Feast of All Martyrs.  In the seventh century, it became known as All Saints’ Day, thus including Christians other than martyrs who had been exemplary in their Christian lives.  And in the eighth century, the day was set in the Western Church on 1 November.

I’ve told you all of this for two reasons.  First, the average Episcopalian is basically unaware of the importance of saints, especially martyrs, in the tradition of the Church.  Yes, many of our churches have patron saints after whom they are named, and many have a St. Francis Garden.  But that about does it.  We look to the early Church, especially the Church of the first three centuries, as a model for Christian faith and practice.  As Anglicans we have always done that.  The inescapable fact, though, is that the Church of the first three centuries was saturated with the blood of the martyrs.

The second reason I call this to your attention is because, even though in this country we don’t live under overt persecution, we are nonetheless called to total commitment of our lives to Christ.  Sometimes the Church in our day is seen more like a social club than the body of Christ totally committed to him.  We have Christians today who don’t want to pray too much, to give too much, to go to church too much, because that would be going too far with religion.   It would be rather fanatical, and no one wants to be accused of being a fanatic. There’s an attitude in our society that religion is all right as long as you don’t let it influence your decisions about important matters.

Yet even a cursory reading of the New Testament reveals that our Lord wants and expects and will hold us accountable for nothing less than total commitment. That means making all of our decisions in conformity with our faith, worshiping with the community of faith as frequently as possible and at the very least on Sunday, being good stewards, making sure our children know and practice the faith, and when we fail, it means repenting and recommitting ourselves once again to complete faithfulness.  We are fallible human beings, however, and we will fail, from time to time, to live up to our calling; but we shouldn’t plan to fail, and in those times when we do, we are called to repent and to return to the Lord.

We celebrate All Saints’ Day to give thanks for those countless Christians, heroes, wonderful examples as well as intercessors for us, who have gone before us and who achieved the sanctity of life to which we are all called.  God is bringing into the fellowship of Christ’s Body, through baptism, several new souls today.  Make no mistake about it, the commitment they are making, or that’s being made on their behalf, must not be understood to be partial in any way.  It’s a total commitment of their entire lives.  Through their baptism they are dying to self—and that they will have in common with the martyrs—that Christ might live in them—not just once a week or when it feels right, but always and everywhere.  May their and our commitment be such a commitment, and may God grant us the grace to keep that commitment.

The Lord is glorious in his saints.

O come, let us adore him!

Sermon preached by the Rev. Fredrick A. Robinson

Sunday after All Saints’ Day