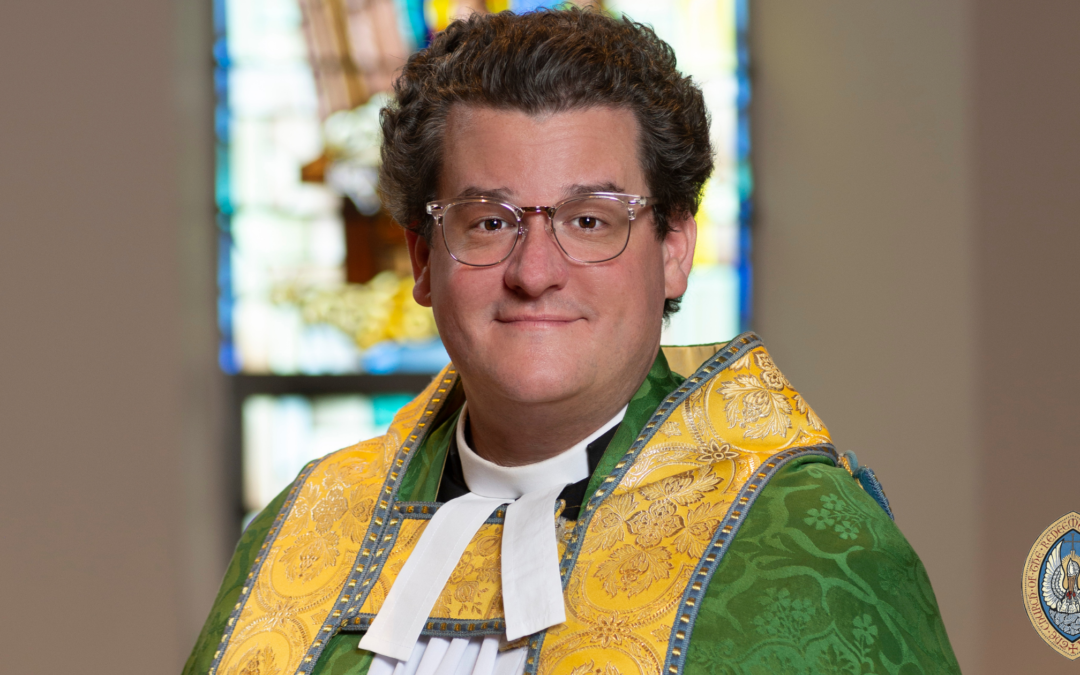 In what largely strikes the twenty-first century ear as insensitive (even condescending or “negative Nancy”), the sixteenth century Archbishop of Canterbury, Thomas Cranmer, began the collect today with these words: “Almighty God, you know that we have no power in ourselves to help ourselves.” Just keep those words in the back of your mind for now.

Earlier this week I had a problem with a program on an old laptop, and after what felt like an hour of trying different fixes and updates, I finally gave up and took the big plunge. I decided to “restore default settings.”

And while the system was rebooting, which takes another thirty minutes, I started to stare out the window. As the minutes slowly passed, I began to analyze my situation in a different – sort of existential way. Believe it or not, as my boredom grew, I asked myself questions like, “What would happen if I could press a button to restore my own default settings? What kind of person would I then be? What are my default settings?” As a footnote, if you, too, related technology to ontology last week maybe your therapist will give us a group discount. My email is cwilson@redeemersarasota.org.

Seriously, though, what is your default setting? The whole world has one, and it permeates every square inch of our lives, even when we don’t notice it operating in the background.

For the purposes of this little homily, I’m calling it “deservism,” which I will try to explain. Deservism is a default setting that infiltrates and infects the heart, the will, and the mind. It distorts our relationships – with each other and even with God.

And it often plays out like this: Earlier this week, I told my fifth-grade daughter, Camille, that if she really took on some extra effort around the house, and I didn’t have to constantly remind her to do this or that, I would buy her something on Amazon this afternoon. In her mind – and in mine – her behavior would have changed for the better, and she would have done something deserving of reward. And, no, I have no comment to the press pool on the success or failure of said initiative. Maybe body language is enough.

That’s a silly example, but it’s nonetheless true: deservism asserts that performance is the prerequisite to love and reward 101. But deservism can be entirely more nuanced.

A few years ago, Malacy and I had what at the time felt like a big problem on our hands. Gus and Camille were both just big enough to ride in the front seat on the way to school, but, as you know, there is only room for one of them. What ever happened to bench seats from the early 80’s? Every morning there was a huge fight in our driveway about who deserved to ride up front.

So, we came up with what we were certain would fix the problem. The child who behaved the best the day before deserved to ride up front. May I just say that adjudicating that matter every morning in the driveway with all the neighbors watching on went over about as well as the Hindenburg. I think we were reported twice to the authorities.

So, not to be outwitted or consider a different approach, we came up with a modified plan we were certain could produce the peaceful results we desired. We said, “Gus, on even-numbered days, the front seat is yours no questions asked,” and, “Camille, on odd-numbered days the front is all yours.”

The whole system was for naught, because one day on the way to school Gus quietly counted more odd days in a calendar year than even days! So, the dilemma became, “What did Camille do to ‘deserve’ more days in the front than I get?”

If the illustrations aren’t working for you, and you can’t see how deservism can wreck relationships – even the God relationship – think of it in the inverse, in the negative. Think about the times we say to ourselves things like: “He didn’t deserve that promotion,” or “She doesn’t deserve to be skinny; she eats McDonald’s fries every afternoon in the car line.” This is when deservism convinces us that the poor performance of others is being unfairly rewarded.

And it doesn’t stop there. This homily is not about being jealous of someone who always seems to win. Deservism is entirely more perverse.

My own personal favorite is going to some trendy sort of posh restaurant in a big city and positioning myself at the bar just close enough to eavesdrop on the two yuppies enraptured in conversation so that I can get ready to watch what always happens. And it always happens. One of them looks the other deep in the eyes, and says, “You should leave him. You deserve better.” And in that instant, the most intimate of human relationships gets completely crushed under the weight of Janet Jackson’s words, “What have you done for me lately?” What have you done to deserve my affection?

My thesis is just this: Deservism is a default setting that believes keeping score, performance bargaining, and quid pro quo are the normal means by which love is transacted. And this runs right up to and through the God relationship.

But the message of the bible – from stem to stern – is the exact opposite of deservism. The primary message of life is about something that cannot be earned or deserved in any way. The offer on the table this morning is not reliant upon how my children behave, or how my family presents to the public, or even how you get along with your crazy sister (we all know she’s nuts). God’s love is not transactional. “You shall not make my Father’s house a house of trade,” exclaimed Jesus!

Malacy and I spent the last few weekdays of February in Alabama. I preached for three of those days at the Cathedral in Birmingham. Each night we were treated to dinner, and, yes the food was delicious – and southern (can I get an amen for cornbread?)! Every night I made it a point to ask the hosts if they could describe a time or situation in their lives that reminded them of God’s mercy or grace. Inevitably (seriously, without exception) each of them spoke of situations from thirty or forty years ago when they received the opposite of what they deserved and how it changed their lives.

My friend, Craig Smalley, told the story of his last month as a cadet at the Citadel many years ago. He was soon to graduate, the invitations were mailed out, his parents had their hotel room, and he was looking forward to the next chapter of his life. Well, one evening his friends bet him he couldn’t dress his girlfriend in his uniform and sneak her through the main gate unnoticed by the guard. It was one of those ideas borne around 1AM that are never good reviewed in the sober light of day.

All was set to work out perfectly, because he knew the guard on duty at the gate, and they had an agreement on the side to make this happen like clockwork. And I suppose all would have gone as planned, if his friendly gate guard didn’t call in sick before his shift.

When the replacement guard clearly saw a young woman wearing Cadet Craig’s uniform, he quickly informed the authorities. Craig was ultimately given what he truly deserved: he was given the maximum number of demerits for his breach of decorum. This meant it would literally take another year to work off that many demerits. He appealed to all the authorities, including the President of the Citadel, but all said he deserved his punishment. Craig had to call his parents and tell them to cancel their reservations, cancel the parties, and try to get the deposits back.

Then, with only a week to go, a new President was appointed, and all the cadets were summoned to hear his opening remarks. He began his opening address by saying, “My first act as President is to grant clemency to all cadets.” Craig had no power to help himself, and someone acted.

Archbishop Cranmer was onto something completely beautiful, full of relief, and totally liberating: “Almighty God, you know that we have no power in ourselves to help ourselves.”

The entire message of the gospel is quite simply this: while we are helpless, God acts.